Nattsong is the final creation of the Sonic Atlas cycle dedicated to setting multlingual and multi-sensory performances in unusual settings. It premieres at Turner Contemporary, Margate, facing the sea.

Nattsong is a new multisensory stage work in which Caroline Bergvall takes an immersive journey into language, refuge and the night. Fusing words and music, poetry and performance, songwork and electronic projections into a singular, dreamlike and mesmerising whole, Nattsong is both personal and political – at once an immersive performance and where feasible, a sound installation for multiple languages.

Created and performed by Bergvall with unique contributions from composer Gavin Bryars, soprano Peyee Chen, sound designer Jamie Hamilton, film-maker Andrew Delaney and a brilliant creative team, Nattsong is the final stand-alone part of a searching and singular trilogy around languages and poetries in movement and migration, sung, spoken, recorded, that began with Ragadawn (2016), staged at daybreak in locations as diverse as Marseille and the Isle of Skye, continued with Conference of the Birds (2018), and now closes with this rich nocturnal call.

Words and people in perpetual migration

Language and languages, speech and song, breath patterns and electronic frequencies all are at work in this mesmerising and unique performance. It seeks to foster a renewed understanding and enjoyment of the deep connections and richness of our multilingual world, and through the theme of the night re-imagines ancient and new routes of transmitted poetry and song in times global migration and environmental changes.

Exploring how words live in perpetual migration, Nattsong finds new resonances in ancient tongues, and draws on the nomadic histories and ancient multilingual routes of medieval love poetry, as well as prophetic nordic texts, and represents them against our current political backdrop of divisiveness, isolation and social and environmental imbalance.

Elemental energies, and the female seer

The word ‘natt’ in the title is Norwegian for night and carries the same ancient root as its English counterpart. It also calls up Nótt, the personnification of night and powerful dream goddess of Norse mythology. The text is in part inspired by the Nordic poetic creation myth Voluspå spoken by the prophetess Volve at the start and end of times: elemental energies, warnings, inspired actions, as well as insights from the deep night of the soul and the wisdom of earth are thematic backdrops for the powerful changes we’re facing in our own time.

Ghostly and spacious, the immersive poetic and sound work of Nattsong seeks out the elemental connections of languages, the inherently lived “butterfly” interdependence of things and the wisdom voices at the heart of time. How does one transform oneself and one another pro-actively, in the face of the deep societal reality of isolation, divisiness, spreading imbalance and injustice so acutely highlighted by the pandemic’s long year of confinements?

The performance is structured as a sequence slow moving and meditative sections of treated landscapes, immersive spoken text and song, waves of soudns, drones and field recordings.

The sound design (Jamie Hamilton) focuses its attention on a few treated elements and field recordings: breath, voices, the waves of sea, conversations in mutliple languages, passing traffic and revolutionary crowds merge into electronic variations that shadow the spoken voice. As the materials emerge and rise in large waves of sound, languages and vocal work, it is one’s intimate relation to time and place, to movement and the need for shelter, to oneself and to others that is called up.

A new vocal score for two voices, soprano and bass, by British composer Gavin Bryars who reprises his role as the vocal composer of this cycle. His memorable “Canso” for soprano brought a powerful and transformative dimension to Ragadawn. Here he is writing a short lyrical refrain written by Bergvall and inspired by the Voluspå.

Nattsong is the final creation of the Sonic Atlas cycle dedicated to sounding multiple languages, and migratory landscapes, in unusual settings. A cycle of works, performances and explorations written and created for spoken and sung voices, breath patterns, minorised or prejudiced languages, in and out of time of landscapes that stretch from dawn to night (2016- ).

It includes the outdoor sunrise performance Ragadawn (2016) and the evolving soundwork discussion Conference of the Birds (2018). The research for Sonic Atlas has involved conversations and dialogues with many poets and speakers of various prejudiced or embattled anguages in a series of Language Stations, also soon to be aired as short podcasts.

As a companion piece to the site-specific settings of Ragadawn‘s sunrise rituals, this final piece is a walking nto the night. It will play off the ambiguities and perceptual shifts of these mysterious threshold moments of twilight. And the immersive qualities that stem from the rising of the night and of its insights.

Spoken poetic variations and breath-led mantras take the lead as they had in Ragadawn.

Lots of exciting aspects in development and more info in due course!

From A to B

“An ambitious meditation on the way people, birds and words live in
perpetual migration” – review Conference of the Birds

Commissioned and Supported by 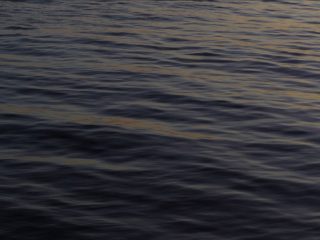