“Planes have been passing over our heads for the past decade, unlawfully carrying unknown and untried prisoners to secret destinations. Fourteen European states have lent their airspace to the CIA’s programme of such rendition flights in the wake of 911. The flights have been stopped over Europe but a full investigation is still pending”.

The flying line of text is based on a small-scale model for a large sculpture by Barbara Hepworth as her contribution to the Monument to the Unknown Political Prisoner, Tate Britain in 1953. The model remained unrealised, until now. From wood to air. 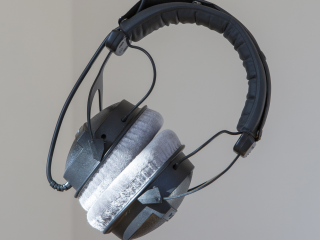 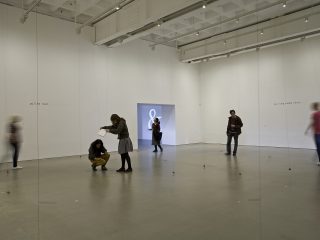